The Speed of Light

You have definitely heard the term “speed of light”, or even “light-year”. The reason that these two terms are relevant is that light is the fastest form of energy that humans have the ability to control and use.

Electricity, moving through a copper wire, moves at approximately 95.1% of that speed, and sound (dependant on temperature, elevation and many other atmospheric conditions) moves through the air at 343 m/s, or 1234.8 km/h or 767.3 mph. 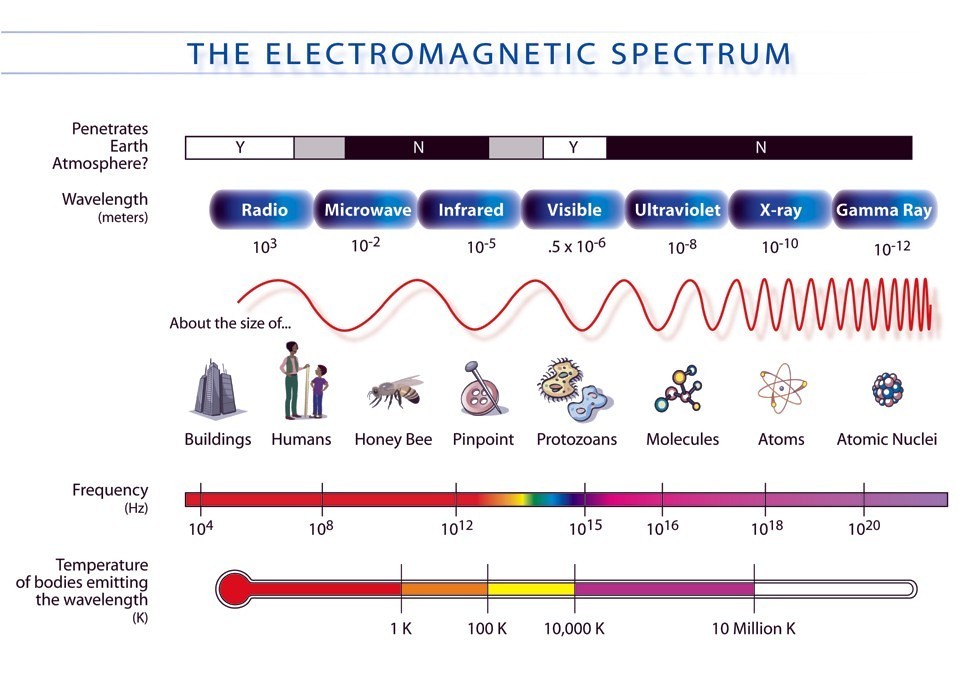 The wavelength, according to Wikipedia, is the spatial period of a periodic wave. This means the distance it takes for a wave to repeat.

In the above diagram, you can see that the electromagnetic spectrum ranges according to wavelength, from radio frequencies, the lowest being 1,000 meters per cycle, to gamma-ray (any shorter wavelengths are classified as cosmic rays), the shortest on this diagram being 0.0000000000001 meters per cycle.

One cycle of an alternating current starts at zero and moves to full positive, back down through zero to full negative and back up to zero once again. Without being on a chart with a time value included, this can be represented as a circle. 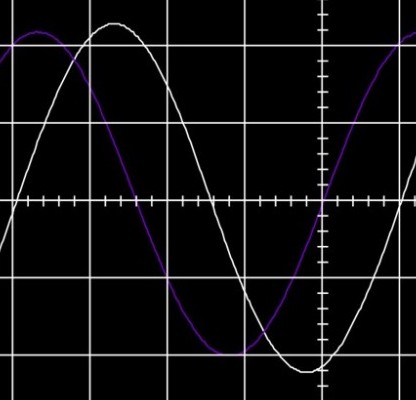 Frequency is the inverse of wavelength and is the number of complete cycles per amount of time. When it comes to home audio, it is measured in hertz or kilohertz (kilo being 1,000). One hertz is one complete cycle per second of time.

Frequency can change when it comes to signals. A certain audio frequency gives a certain tone, note, and pitch. Human audible frequencies fall between 20 Hz and 20 kHz and most mid to high range audio equipment can reproduce this range.

When it comes to sending the signals, bandwidth is the distance between the lowest possible and highest possible signal frequency.

The complicated part comes with the fact that there are multiple channels being sent over the same cable and each has its own bandwidth. This means that the device sending the signal and the device reading the signal on the other end needs to be able to separate those channels and understand them all separately.

With the newer 11.2 or 7.4.2 receivers (like the Denon X4500H), that makes 13 separate channels each with a minimum of 19.98 kHz of bandwidth. This means the signal wire needs a bare minimum of 260 kHz of bandwidth to be able to transmit the signals required for those channels, and there are other things that also need to be sent. Also, those signals would get confusing to the receiving equipment if the began and ended within a 1Hz zone, so they need to be separated.

The sample rate and bit depth also need to be taken into account for the size and complexity of the signal being sent. 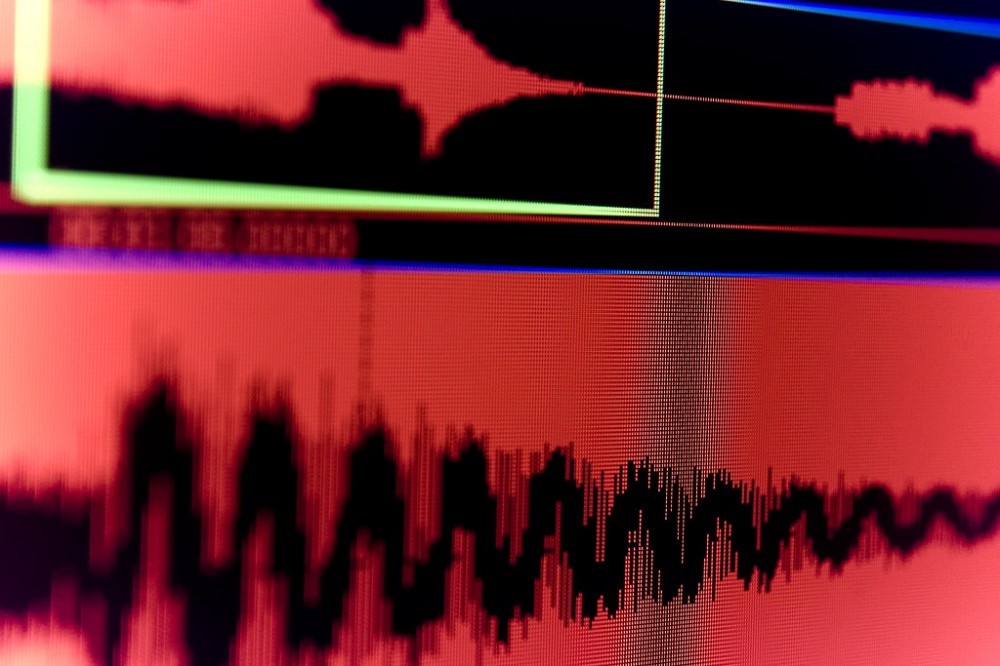 The sample rate is the rate at which each part of the audio signal is divided. Think of it like pixels in an image. The more pixels, the clearer and closer to real life the image appears, clarity-wise.

Bit depth is the elements of information per sample that is being recorded and reproduced.

As you can see in the image above, one second of recorded audio can have a lot of different parts (each instrument and microphone all playing at once, for example). Bit depth is how many parts of information each sample has, making it much more precise, and including more defined sound, the higher the bit depth becomes.

Speed of signal transfer is important, but bandwidth is also required to send the vast amount of information per second that is required to reproduce realistic sound with the right timing.

If speed was referred to as water pressure in a pipe, the bandwidth would be the diameter. It multiplies the amount of information that can be sent at any time, without increasing the speed.

How Does Signal Noise Happen?

As the electrons move along a copper wire (or any conductor), a magnetic field is created around the wire itself. This is how you are able to make electromagnets and induction battery chargers. This magnetic field can easily be picked up by another electrical circuit, overlapping one signal onto another and causing signal noise.

But, What is an Optical Audio Cable? 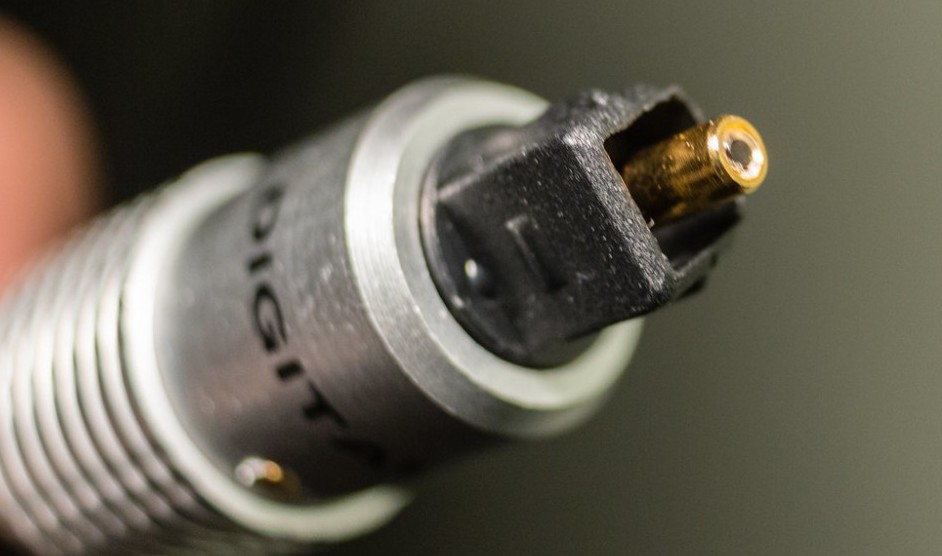 Simply put, an optical audio cable is a cable made of a material that can transport light between two ports on electronic devices. It is usually transparent, but you can’t see the light moving through it (if you could, it wouldn’t reach its destination). It is also called a TosLink cable (Toshiba Link), named similarly like the S/PDIF or coaxial cable (Sony/Philips Digital Interface).

The reason the physics lessons above are important is to show you just how incredible an optical audio cable could be.

Yes. The optical cable was once believed to be the pinnacle of audio signal engineering capability. Light has near uninhibited range when it comes to bandwidth (430 THz – 770 THz. This is Terahertz, meaning 340 TRILLION Hz of bandwidth) for audio signal transfer. Also, light is immune to electrical noise, since it doesn’t consist of electron flow.

If the bandwidth range and noise immunity weren’t enough, the speed of light is much faster than electricity, giving it a much faster response capability for signal receiving equipment.

So, what’s the problem?

The problem was the cost.

In order to harness the incredible potential of light signals, the signal producing and receiving equipment, as well as the cable itself would be exorbitantly priced, and near impossible for an average person to obtain and use.

Engineers worked around this problem by limiting the technology surrounding it, using plastic material instead of glass or silica fibres for the cabling, which greatly reduces the distance the signal can travel, in order to keep the cost low and public consumption high.

Because of this, optical audio cables have started to be phased out as the premium source of audio signal transfer.

The maximum capability was originally 48 kHz sample rate, with 20-bit depth, but has since been increased to support more modern formats (varying by manufacturer). It can support up to two uncompressed channels of PCM (Pulse-code modulation), or up to 7.1 of compressed audio.

Since audio signals have greatly improved since the limits were placed on the optical cable, there has been a successor when it comes to high-quality cables.

If Optical Isn’t The Best, What Is?

Since optical is limited in its ability, it becomes a good idea to look for a better option.

The choice is simple.

(For more information on HDMI, see our article, What Is HDMI?)

Simply put, a good HDMI cable that is HDMI 2.1 compliant can handle just about any audio signal you can possibly use, along with up to 8K video with at least 60 Hz refresh rate. Good cables will also support eARC, VRR (Variable Refresh Rate), Quick Frame Transport, Quick Media Switching, Auto Low Latency Mode, Dynamic HDR, Dolby Vision, and Dolby Atmos. It will also be made with good quality materials and be rugged enough to last a long time (8K TVs have just been released and you want your cables to last longer than the devices they connect).

For our choice of HDMI 2.1 cable to replace your optical cable (or your choice to buy one), follow this link to Amazon.

4 thoughts on “What is an Optical Audio Cable?…and Why It’s Not a Wire”