The Wave of Sound

Every single noise that you hear is a vibration in the air (or water) at a certain frequency. Frequency is how many vibrations per second, measured in hertz (Hz). The human ear can hear noises that have frequencies of 20 Hz through to those with 20,000 Hz (usually written as 20 kilohertz (kHz), kilo meaning 1,000).

This means anything that vibrates 20 to 20,000 times a second can be heard by the human ear.

It isn’t that simple, though.

Noise changes. It’s easy to hear when you read any of these words out loud. It’s even more noticeable if you listen to a piece of music. High pitch noises are those that are vibrating faster, where bass noises (like those a subwoofer recreates) are at the low end of the frequency spectrum.

Unlike alternating current electricity, like the type used by plugging something into a wall socket, sound (usually) constantly changes, and if you chart sound like you can with electricity, it looks much like jagged mountains of different heights scrolled across the screen.

See below for an example. 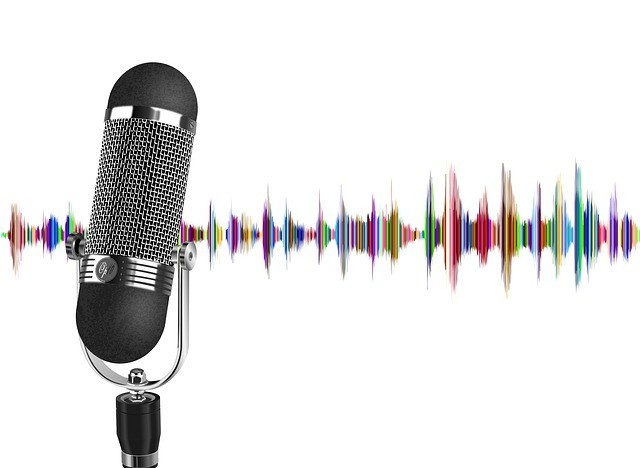 The Math of Electricity

The reason that this is important when it comes to how noise canceling headphones work is that noise is transferred to and from microphones and speakers as an electrical signal by way of induction. Induction is a phenomenon that occurs when a magnetic and electrically conductive material passes through a magnetic field, moving the electrons and creating electricity. Inversely, electricity passing through a conductive material creates a magnetic field.

This is how a voice coil (essentially just an electromagnet) creates sound in a speaker, and a microphone collects sound and sends it to a device that understands it.

Since sound carried through a wire uses electrical properties (voltage as gain, or how loud the sound is, and frequency of an alternating current), they can be charted exactly the same.

Like in algebra (sigh), +5V combined with -5V does equal 0V, or no potential for electrical current to proceed.

Unknown to many, Bose, the extremely successful audio company, held the patents for a lot of very impressive technology when it came to the electronic handling of sound.

They had been the first to work with noise canceling technology and had installed it in cars in Europe, to reduce the mechanical and road noises, and make for a more comfortable ride.

What they had not intended was that unsuspecting new car owners would start their cars and not be able to hear the engine noises, so they would attempt to start their cars multiple time, causing starter failure.

Even the king makes mistakes.

The technology never really died, as it is still used widely in headphones around the world. Now that the patent has been released, many companies offer the same technology.

Like in an electrical circuit, when you introduce the inverse of a voltage (+5V plus -5V), sound also becomes inaudible.

Here’s an example. If you play an exact sound at 7,450 Hz, and create a sound with speakers that essentially equals -7,450 Hz, you cannot hear the first sound. They cancel out and you have 0 Hz.

So, if you take a tiny microphone that is capable of capturing certain frequencies around the user and invert the signal captured by the microphone, you can feed the inverted signal into the speakers of the headphones and cancel out those frequencies as they happen.

This can impose two problems: canceling frequencies that are in the intended listening media, and the possibility of unequal loudness of noise.

If noises outside the headphones have the exact same frequency as parts of the music or whatever it is you are listening to, there is the possibility of canceling part of your music instead of the surrounding noise.

Also, just because the frequencies are opposite does not mean that they will cancel perfectly. The frequency AND the intensity of both sounds needs to be exact for a complete cancellation. So, if the surrounding noises are louder than what the volume of the headphones you are listening to, the difference will still be audible.

These two problems can compound and reduce the effectiveness of noise cancellation technology.

Think of your headphones as “Noise Reducing”, since with an unlimited amount of situations they can find themselves in, it would be completely impossible to have perfectly dynamic noise cancellation in a pair of headphones.